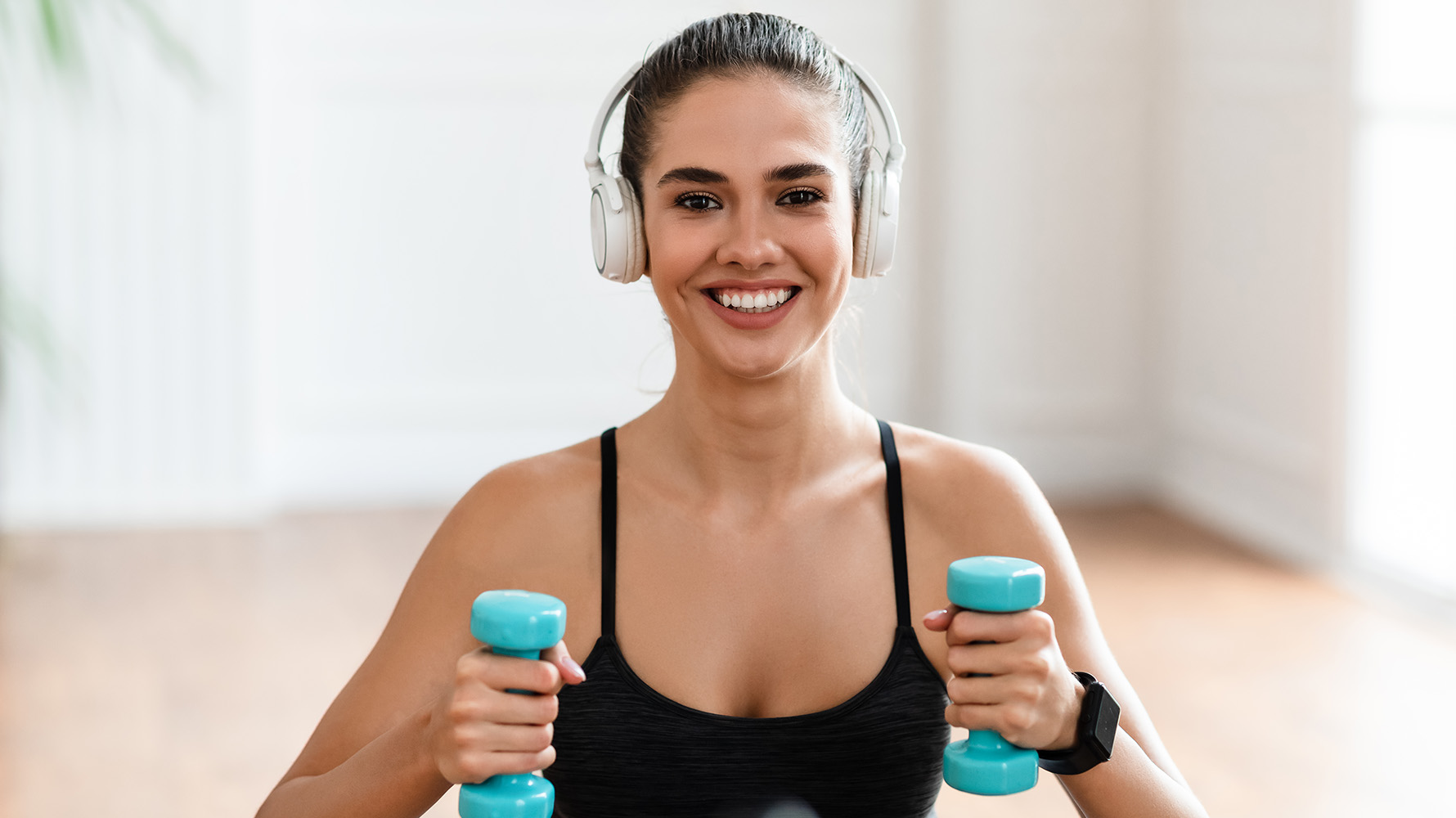 Aerobic workout: training program and exercises. In the fight for six pack for abs, we cannot do without aerobic exercise. Another thing is that one interval running is not enough for us. Yes, cardio intervals are the most effective way to “burn fat”, but they do not load abs. So we will complement interval aerobics with strength cardio. This is the name for exercises with additional weights, which are performed in aerobics at a high-speed mode. Like running, they will make you gasp for breath. However, they have another invaluable plus: all explosive exercises fiercely strain the abs! It turns out that we will get a double fitness benefit from aerobics!

Stand up straight, holding a weighted ball weighing 5-7 kg in straight arms above your head. Place your feet shoulder-width apart. Rise on your toes, and then, using the combined force of all the muscles of the body, hit the ball with all your might on the floor. Continuing the momentum of the throw, lower yourself into the squat. Pick up the ball quickly and return to the starting position for a new replay.

Stand straight with dumbbells in straight arms at the sides of your thighs. Take a wide side step and lower yourself into a deep squat until your unsupported leg is fully extended. By explosively extending the supporting leg, return to a standing position. Do another repeat on the other side.

Pass the resistance band under your feet and stand up straight. With the resistance band handles in your hands, lift them up so that it stretches. Sit down slightly, bending your knees, and then in an explosive manner, do a deadlift and continue with a jump to the top. At the same time, with a dynamic force, pull the handles to your chest.

Stand straight with dumbbells in straight arms at the sides of your thighs. Take a wide step back with one leg and lower yourself into a squat on the other leg. Explosively lift out of the squat and place your feet next to each other again. Move your other leg back and do a new rep.

Get into a one-legged squat position like a lunge. Powerfully push off the floor and change the position of your legs while jumping. After landing on the other supporting foot, lower yourself into a squat again. Do reps without rest until the end of the set.

Stand up straight with dumbbells at your shoulders. Slowly lower yourself into a squat, and then straighten as quickly as possible due to the explosive effort of the leg muscles.

Stand straight with dumbbells in straight arms at the sides of your thighs. Bend your knees slightly, dropping into a half-squat and then jump up with all your strength. Landing softly, without pause, lower yourself into a semi-squat again.

Keeping your back straight, dynamically lower yourself into a half-squat and place the dumbbells on the floor in front of you. Without releasing the dumbbells from your hands, straighten again.

Place a heavy dumbbell between your legs on the floor. Lower yourself into a half-squat and grab her bar with both hands. Powerfully straighten and swing the dumbbell up to shoulder level, following the example of a swing with a kettlebell. Return the dumbbell to the floor.

Throw a towel over the horizontal bar and grab the ends firmly. Hanging from the ends of the towel, use an explosive force to pull yourself up to the bar.

Take the same starting position as for the previous exercise. Keeping one arm straight, pull the resistance band toward your body with the other, trying to pull your elbow back as far as possible. Straighten your arm and repeat the movement with the other hand. Do deadlifts at a fast pace.

Resistance Band Pulldown with Turn of the Body

Throw the resistance band over the machine rack at chest level. Stand with your back to the rack and hold the handles with your bent arms at your shoulders, imitating a boxing stance. Take a few steps forward to tighten the resistance band. Take alternating blows in the air, throwing a straight arm forward in a jab style. 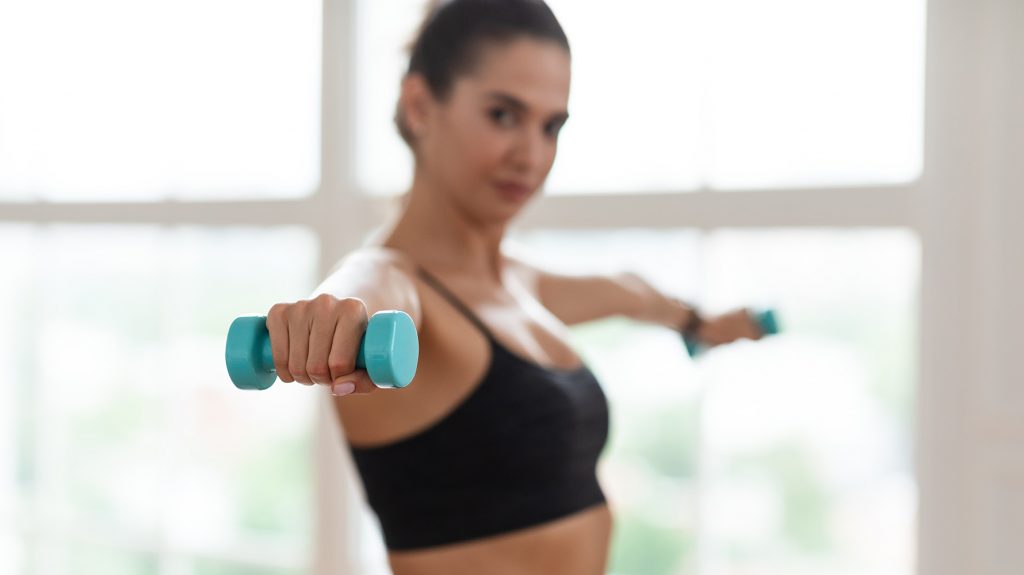 This workout is divided into 2 parts. The first step is to do 6 explosive circular dumbbell exercises. Sets of different exercises follow one after the other without rest. Rest 40-60 seconds after each “circle”. Complete 6 “circles”.

Next, you will alternate between interval treadmill running and plyometric explosive exercises. Interval run lasts 4 minutes. and includes 30 sec. sprint plus 30 sec. jogging.

No rest between exercises.

This workout includes explosive exercises with resistance bands, performed in a circular pattern, and plyometric jumps.

After completing all the “circles”, proceed to plyomegric jumps. A high jump from a place is performed in special equipment: solid weights should be put on the ankles. If you do not have this inventory, do the jumps twice as long (60 sec.)

Raise the treadmill platform 8-10 degrees. Within 20-30 minutes. jog. The pace of the run is moderate. Training serves recovery purposes.